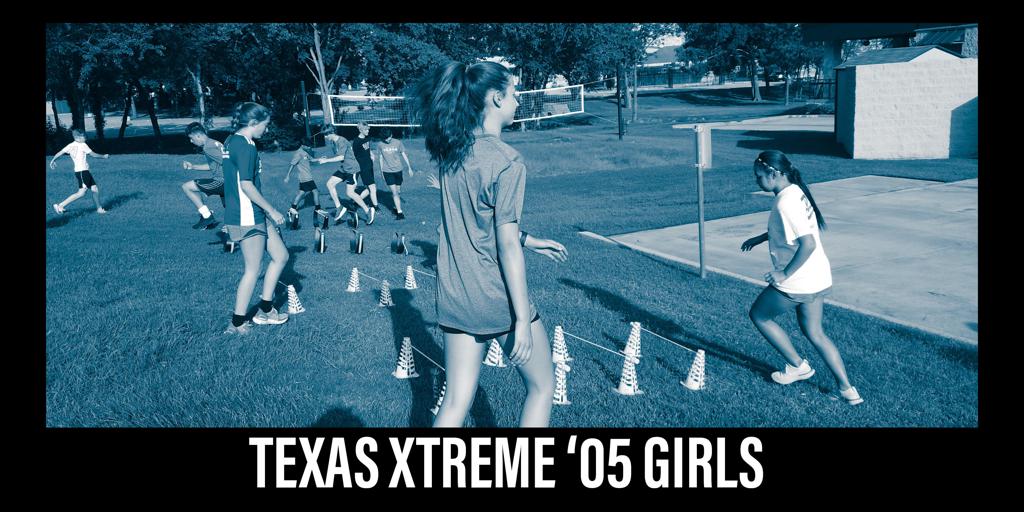 Texas Xtreme ‘05 Girls had a wonderful weekend during the U90 Veterans Cup. The Xtreme Girls won their bracket to advance to the semi finals. Texas Xtreme won the semi final game over FC Dallas black with 20 seconds left in overtime to advance to the Finals. The Xtreme Girls where winning 1-0 with ten minutes left in the final but the momentum changed in favor of the evolution. It was a great game until the end but the Xtreme team came up short. The teams played too a 2-2 tie in bracket play and this game was just as intense.

Congratulations to the Xtreme ‘05 Girls for making a strong run in the finals.

Texas Xtreme '05 Girls where 2020 Finalist in the U90 Summer Splash Tournament. The heat was in the upper 90's and three games in one day just proved to be too much physically. The Xtreme team lost in the finals but the effort and desire was excellent. We are very proud of this team and the future looks bright. 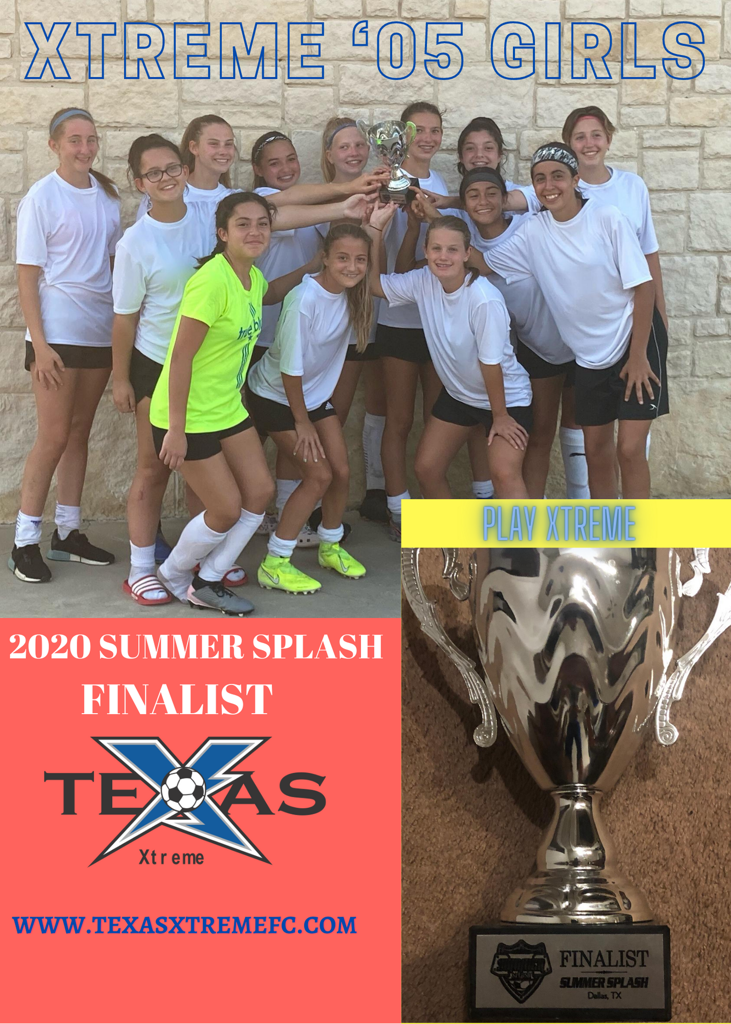