Royal F.C was coming out of bracket play undefeated scoring 18 Goals and had 0 Goals against. Royals beat the Blackhawks '05 team 6-0 in the Semi Final.

The Championship Match was a great game as neither side could provide a goal during regulation. The Overtime Period provided the same result and we where then headed to Penalty Shootout.

All Texas Xtreme Players scored in the Penalty Shootout and Austin made a great save which lead to the Texas Xtreme team winning the 2019 Spring Kickoff Championship. 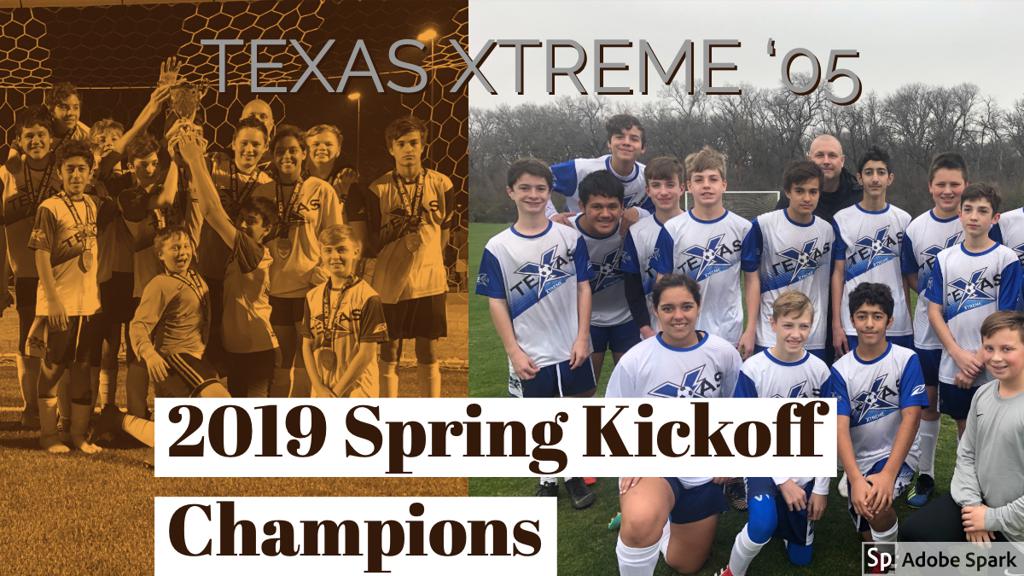