Texas Xtreme ’02 Midfielder Kai Beeman was selected as the MVP During the Westlake Academy run to become State Champions this past weekend.

The Varsity Blacksmiths took to the field in defense of their streak of two consecutive State Championships. The opponent was Newman International Academy Arlington.

Midway through the first half, Junior Kai Beeman rifled a shot to the top left corner to put the Blacksmiths up 1-0.  From here it was a defensive game.  Both squads had opportunities but to no avail.

This is the 3rd consecutive State Title for the Blacksmiths and their 5th overall.  Congratulations to Senior Goalie Payton Reed on being named to State All-Tournament team and to Beeman for being the State Tournament Most Valuable Player.

Kai Was also Selected as the Max Preps Player of the Week for September 29th , 2019.

Kai Scored 3 goals and had 2 assists in the game to earn this honor.

Max Preps recognizes athletes weekly with awards. Most of these awards go to the larger more prominent programs. 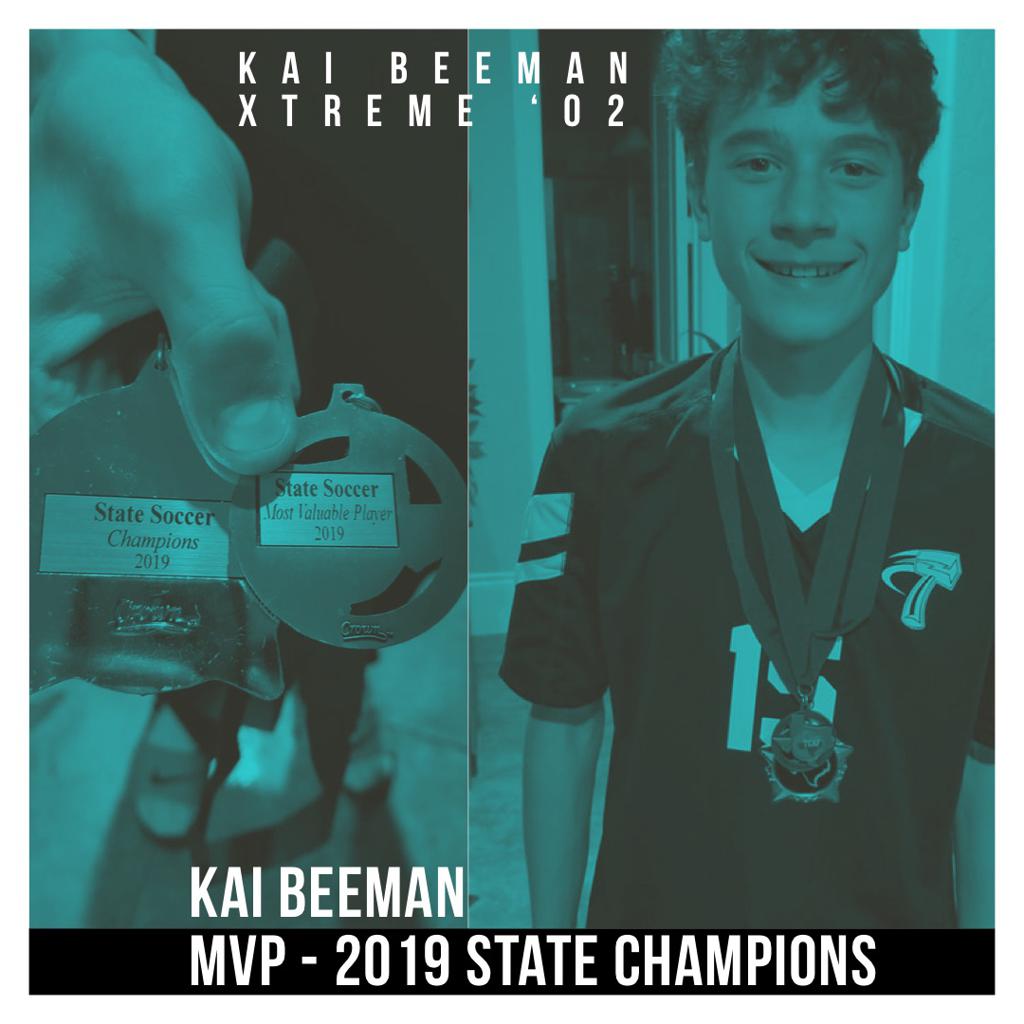